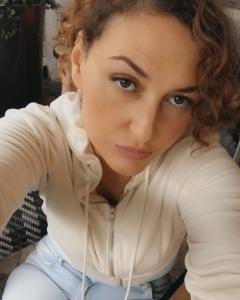 Imagine the shock when Singer, Songwriter Sofie Elezaj’s looked up and realized that her driver had mindlessly followed the GPS which took the mega pop star…

STOCKHOLM, SWEDEN, July 29, 2021 /EINPresswire.com/ — Airport travel these days is synonymous with unexpected delays, long lines due to short staff, and the frustration of not knowing when you will arrive at your destination.

Imagine the shock when Singer, Songwriter Sofie Elezaj’s looked up and realized her driver had mindlessly followed the GPS which took the mega pop star to Stockholm Arlanda Airport instead of Halmstad Airport where her private jet was waiting. “My team is an international team of producers and engineers. We have maneuvered time zones and used creative scheduling to finish ‘Write a story’, but today I put the finishing touches on the album and I was flying out to see my family.”

Sofie is very involved in every aspect of her music and her angelic voice mixed with intriguing lyrics keeps the listener on the edge, wanting more. Her music has meaning, is focused and relevant.

Media Music News caught up with Sofie after she finally united with her family to ask about the experience. “This entire album from start to finish has been a story to write about, hence the album name and also a popular single titled, ‘Write a Story’. “Maybe if my driver would have been as focused on getting me to the correct airport as I was on ‘Write a Story’, there would be no story,” she said with a smile. “Although I missed my flight and my family event, I believe God was showing me something.”

The single ‘Write a story' is set to be released on Friday July 30, 2021 and will be available on a streaming platforms.