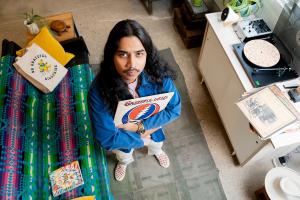 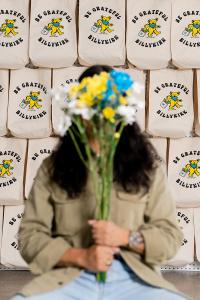 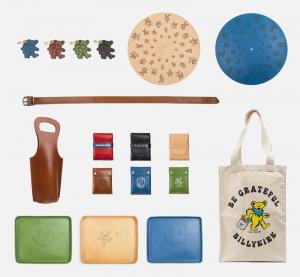 “More than their music, Grateful Dead has inspired an enduring culture of unity, love, freedom, and creative expression. It’s in that spirit that we’ve always aspired to create timeless items that get better with age,” says Chris Bray, Billykirk CEO.

For the Billykirk x Grateful Dead partnership, Billykirk reimagines a number of iconic Grateful Dead images on handcrafted leather accessories and canvas totes. Every item in the collection is produced in the USA by leather artisans using top-quality materials.

About Billykirk
Founded in Los Angeles by brothers Chris and Kirk Bray, Billykirk is a pioneer of the Made in America Movement. Inspired by a vintage watch strap purchase in 1999, Billykirk has been helping support and grow the American leather artisan industry for over 20 years. In 2005, Billykirk moved to Jersey City, NJ, and opened a design studio to expand their creative partnerships.

Always made in the USA with the finest materials, uncompromising attention to quality, and a thoughtful eye for design, Billykirk is wholly unique.

The proof is in the patina.

Billykirk has collaborated with numerous brands including Vans, Levi Strauss & Co., Intelligentsia Coffee, The Noguchi Museum, GQ, The Ace Hotel, and Target. Their products have appeared in movies and television and have been featured in a multitude of fashion-related periodicals.

About Grateful Dead
Grateful Dead is a social and musical phenomenon that grew into a genuine American treasure. In 1965, an entire generation was linked together by common ideals, gathering by the hundreds and thousands. This movement created a seamless connection between the band and its fans. As the band toured, Dead Heads would follow. Not because it was a part of popular culture, but because it is a true counterculture that exists to this very day-one that earnestly believes in the value of its beliefs. By 1995, Grateful Dead had attracted the most concert goers in the history
of the music business, and today remain one of the all-time leaders in concert ticket sales.

Eventually, the caravan evolved into a community with various artists, craftsmen, and entrepreneurs supplying a growing demand for merchandise that connected them to the music.

Today, the connection is as strong as ever. The band was inducted into the Rock & Roll Hall Of
Fame in 1994 and received a Grammy ® Lifetime Achievement Award in 2007. Their final tally of 2,318 total concerts remains a world record.