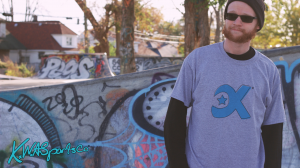 K.W.A.Sports,Co main focus is to provide a high-quality and comfortable product that skateboarders, snowboarders, surfers will enjoy and non-athletes.

DETROIT, MICHIGAN, UNITED STATES, April 20, 2021 /EINPresswire.com/ — In K.W.A.Sports,Co new video Where Opportunities are Endless gives us a first-hand look at the company’s playground. The company was first founded in 2010 in the city of Detroit. The company has been developing its Sportswear brand over the last 10 years and made its first appearance on several social media sites back in 2015. K.W.A.Sports,Co introduced the world to several sponsored athletes from around the United States, United Kingdom, Australia, and Japan to name a few.

In the commercial, you can see several landmarks and the heritage the city of Detroit has built since its founding in 1701. Throughout this time period, the city has seen mass production from the auto industry to Motown creating music that changes people's lives.

Click Here To watch the full video. Learn more about the company by visiting kwasportsco.com.

Where Opportunity are Endless | Commercial | K.W.A.Sports,Co