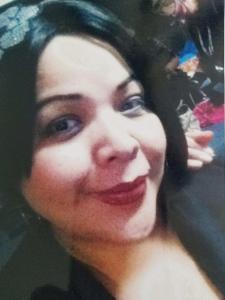 Maria Lopez was unjustly fired after her company learned she had cancer.

Company acted in conscious disregard of Maria Lopez’s health when they trumped up reasons to fire their top salesperson, knowing she had cancer

This decision should send a message to all corporations and employers that they should not discriminate against someone because they have cancer or other disabilities.”
— Attorney V. James DeSimone

LOS ANGELES, CALIFORNIA, UNITED STATES, April 16, 2021 /EINPresswire.com/ — An auto parts company violated fair employment laws so flagrantly in firing a woman for having cancer that her family was justly awarded punitive damages 30 times the economic damages she suffered, according to a California Court of Appeal ruling published April 15.

The ruling marks the first time in more than 40 years the California Court of Appeal has used a multiplier of this size. Typically, the punitive damages are one to four times the amount of the economic damages awarded.

“This decision should send a message to all corporations and employers that they should not discriminate against someone because they have cancer or other disabilities,” said V. James DeSimone, the Marina del Rey, Calif., employment and civil rights attorney representing the Rivera family.

The appellate court upheld a 2018 lower court decision against CIA Wheel Group, of Ontario, Calif. In that decision, Judge Randolph Hammock said that the company's corporate officers' actions against Maria Lopez – the company’s top salesperson — were "despicable," and their claims to be unaware she had cancer “would have been funny if it were not so pathetic that they… denied knowing that she had cancer. That is the most laughable, unbelievable thing I’ve ever seen.”

Lopez died in 2016 while pursuing an initial lawsuit against her former employer. Her death caused a mistrial, but her children filed a new lawsuit against CIA Wheel Group seeking their mother’s lost wages.

“We are honored to represent the family of Maria Lopez,” DeSimone said. “CIA Wheel Group should have treated her with dignity, and instead discarded her. Her children got to attend the trial and see the dignity of their mother represented by shining a light of truth in the courtroom — that she was an exemplary employee, even as she struggled with cancer.”

Evidence presented at trial showed that Lopez worked through her chemotherapy and maintained her success as the top Los Angeles salesperson, despite her manager giving her best accounts away, taking her sales for himself — and then falsely claiming Lopez's sales had plunged, in order to fire her.

Company supervisors, including the human resources manager, claimed to be unaware that Lopez was fighting cancer despite knowing she had taken three months of medical leave. Hammock found that the corporate officers acted with “malice, oppression and/or fraud” in Lopez’s wrongful termination and awarded $500,000 in punitive damages.

Los Angeles civil rights attorney V. James DeSimone has dedicated his 35-year law career to providing vigorous and ethical representation to achieve justice for those whose civil and constitutional rights are violated.