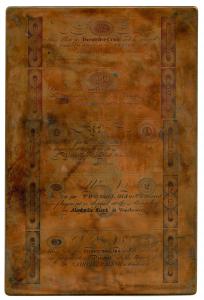 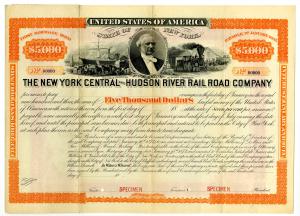 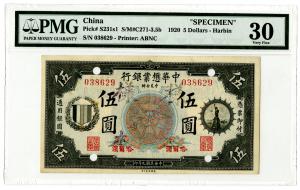 During this difficult time period for the world, we are striving to offer our friends items of historical interest. We hope this auction will add a small amount of enjoyment to everyone’s lives”
— Dr. Robert Schwartz, President of Archives International Auctions LLC.

RIVER EDGE, NJ, UNITED STATES, October 20, 2020 /EINPresswire.com/ — The October 29, 2020 auction by Archives International Auctions will also consist of 962 lots offered over 1 day beginning with 333 lots of Worldwide and Chinese Banknotes. The World Banknotes will be followed by 535 lots of U.S. & World Scripophily and ending with an additional 94 lots of U.S. Banknotes, Security Printing Ephemera and Historic Ephemera.

The auction begins with a large group of consignments from numerous estates and longtime collections with many rare notes having never been offered previously at auction. Included is a wide selection of worldwide notes with many highlights including 3 exceptional Angola notes of two specimens, tied with the finest known examples from the 1970 issue as well as an unlisted Essay design of a ca.1920 proposed note by the Swiss security printer “OFZ”. An exceptional offering of Chinese Banknotes is also offered and is highlighted by numerous rare notes including an exceptional 1920, Commercial Bank of China, 10 Tael Specimen note, the highest graded example in the PMG census; an extremely rare high grade 1917, Bank of China, $1, Tientsin Branch Issue Specimen; an amazing 1920, Chinese-American Bank of Commerce, $5, “Harbin” Branch Issue Specimen rarity, possibly unique; also, there are a number of provincial bank rarities including a 1907, Kiangnan Yu-Ning Government Bank, “1 Dollar” Issue with only 2 examples listed in the PMG Census; France is represented by an extremely rare 1796, Mandats Territoriaux issue note which is the only graded example in the PMG census as well as a 1797 Tresorerie National, Recepisse that is rarely seen in auction; the auction includes 40 lots of German issues and Notgeld; Portugal is represented by a number of rare notes including a Banco de Portugal, 1917, 50 Escudos note and literally hundreds of additional and desirable banknotes from nearly every country around the world.

The world notes are followed by 533 lots of U.S. and World Scripophily beginning with automobile and aviation bonds and shares followed by banking, finance and insurance bonds and shares. Internet and technology companies include certificates from Yahoo! and eBay; followed by numerous communication and telephone company related lots and an outstanding Blackwell’s Durham Tobacco Co., ca.1890s Specimen stock certificate. The World scripophily section includes 84 lots from numerous countries highlighted by a pair of early 1893 and 1897 Puerto Rico Specimen Bonds; a new find of 21 Republic of Bolivia Issued and Uncancelled 1928 Gold bonds; 3 different 1896 to 1915 Russian Bond Specimens; and dozens of additional issued and specimen bonds. Mining bonds and shares are represented by 5 different Alaska mining stock certificates; an outstanding Bodie, California, 1897, Standard Consolidated Mining Company is offered; an 1841 Maryland Mining Company rarity; and an 1869, Colorado Territory, Franklin Silver Mining Company bond, signed by B. Franklin Fisher, a Civil War Military hero who was the last surviving escapee from the notorious Libby Prison. This section of the auction finishes up with an outstanding collection of 24 different ca.1860’s oil stock certificates from Pennsylvania, New York and West Virginia.

Railroad bonds and shares are offered in 234 exceptional lots of issued and specimen certificates with many rarities including a number that were previously unknown to the collecting community including this outstanding Brooklyn, New York Bond, “The Brooklyn Elevated Railroad Company”, 1884 Specimen. The scripophily section finishes with a group of early San Francisco and California Government bonds, circa 1858 to 1872; additional city and state bonds; Sugar companies and finally various utilities.

The U.S. Banknote section includes Obsolete banknotes and Depression scrip and is highlighted by a historic and unique Nashville Bank at Winchester, Tennessee, 1820-24 Copper Obsolete Banknote printing plate of 5 subjects engraved by Willian Kneass, who in 1824 became the second Chief Engraver of the U.S. Mint. He was noted for designing the Classic Head Motif used on the $5 and $10 gold coins dated 1834 to 1839 as well as many other changes and additions to U.S. coinage of that era. The printing plate consists of the denominations of 25 Cents, 50 Cents, $1, $2 and $3 of an unlisted Tennessee obsolete banknote issue. Each note has engraved at the bottom “W. Kneass, Philadelphia. The printing plate was found in an old estate in Pennsylvania and is new to the collecting community and is sure to attract considerable interest from both banknote and coin enthusiasts. The auction ends with a large group of Historic and Security Printing Ephemera lots including dozens of desirable items seldom seen at auction.

Previews will be limited and by appointment only and we will be observing strict safety precautions including the wearing of masks and observing social distancing to protect our team as well as our guests. We will do our best to accommodate anyone who desires additional information and photographs. For questions, please call 201-944-4800 or email info@archivesinternational.com.

Archives International is now working on their late Fall and early Winter 2020-21 auctions and are seeking quality consignments for future auctions or outright purchase including U.S. and worldwide banknotes, coins, stocks, bonds, stamps, postal history, historic ephemera, and autographs. To sell or consign one piece or an entire collection, please call AIA at (201) 944-4800; or e-mail them at info@archivesinternational.com .