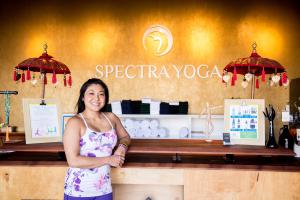 Mindy and the UnionRYDE team promote an all-inclusive environment harnessed around hard work, loyalty, and hustle. All things that resonate with NUZUNA”
— Gwen Nguyen, Nuzuna VP of Marketing

TUSTIN, CALIFORNIA, UNITED STATES OF AMERICA, December 30, 2019 /EINPresswire.com/ — Nuzuna Fitness Vice President of Marketing, Gwen Nguyen announced today that the company has reached a milestone of 20 locations with the acquisition of UnionRYDE. The of Tustin, California based spin facility was founded by spin pioneer and innovator, Mindy Ferrantelli.

“Mindy has built more than just an amazing facility. She built a community and a culture that we at Nuzuna really love.” Says Ms. Nguyen. “Mindy and her team promote an all-inclusive environment harnessed around hard work, loyalty, and hustle. All things that resonate with NUZUNA.”

For her part, Ms. Ferrantelli says the Nuzuna system will add tremendous value to UnionRYDE members. “You can’t follow the crowd and get amazing results.” She said. “I always pushed UnionRYDE to be the first to innovate. Nuzuna technology is going to completely reinvent the spin world and I wanted our members to be among the first in our area to have access to it.” Ms. Ferrantelli has been operating spin studios for almost 10 years, making her among the very first spin entrepreneurs in Orange Country.

The Nuzuna Fitness system uses electro muscular stimulation (EMS) workout suits which will be available to all UnionRYDE members. The EMS technology stimulates the muscles during exercise, increasing the amount of muscular stimulation of the workout by 600-800%. As a result, people get as much muscular stimulation in 20 minutes of workout as they would get without the suits in a similar workout lasting two to three hours.

The suits are optional to use, wireless, waterproof and offer full range of motion and is used with any trainer-led exercise regimen from resistance training to yoga to running and spin. Nuzuna says the EMS technology has many applications including fitness, recuperative and physical therapy and even cellulite treatment.

According to Nuzuna chief operating officer, Aileen Pham, the spin classes at UnionRYDE is a perfect application of the Nuzuna technology. “UnionRYDE is high intensity, collaborative and lots of fun. You can burn a thousand calories in a 45-minute ride there so adding Nuzuna means the chance for huge results. Their members are serious about results and that makes them a perfect fit for Nuzuna.”

Ms. Pham previously was the owner of Spectra Yoga and she joined Nuzuna as COO when Spectra was acquired by Nuzuna in November. Her role is to oversee the rapid expansion of Nuzuna locations and ensure that each is a well-run facility that puts members’ goals and results first.

“We built an amazing leadership team and many of the top trainers and fitness experts are contacting us to learn more about the Nuzuna system. 2020 is going to be a massive breakout year for Nuzuna.” Says Ms. Pham.

In addition to 5 locations currently operating in Southern California, Nuzuna also has fifteen more locations under development in California, New York, Iowa and Florida. The company also offers programs for corporate clients and city and state recreational departments, such as its classes that are held at the City of Claremont in California.