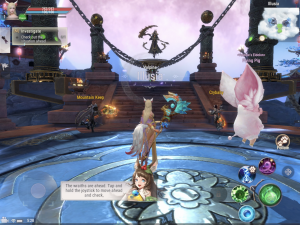 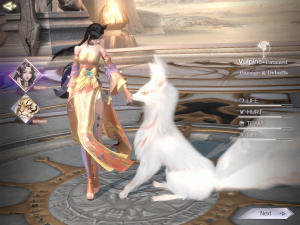 SAN FRANCISCO, CALIFORNIA, UNITED STATES, November 8, 2019 /EINPresswire.com/ — Perfect World Games has announced today that the all-new Vulpine class will be arriving for players in Perfect World Mobile on Nov 13th. As a member of the Untamed the beautiful and challenging Vulpine are female characters that have two forms, the human and fox forms and are able to deal damage as well as debuff their foes. Vulpine will also be the first class in the reimagined classic MMO to be able to tame pets.

The Vulpine’s abilities are directly linked to their chosen form. While in their human form Vulpines are similar to rangers, they are masters in the art of using toxins and hexes as well as dealing magic damage upon impact. Vulpines excel at maintaining a safe distance in order to keep a persistent advantage over their enemies with the use of abilities such as Frost and Rock Hit which has a chance to stun targets for a period of time. Should a Vulpine be cornered they are able to switch into their fox form allowing them to utilize their melee abilities. While in fox form Vulpine also benefits from increased mobility allowing them to outmaneuver their enemies.

Aside from their shapeshifting and distinct abilities Vulpine are also the only class able to tame pets in Perfect World Mobile. While out in the world Vulpine players will be able to tame pets with a claw icon next to their name. Additionally, tameable pets may also come in different ratings and quality such as silver and gold, with gold pets having superior and varied skills in comparison to their baseline forms.

Once tamed players can choose whether they would like to release or deploy pets. Pets that are deployed into combat have three different modes. ‘Follow’ mode in which the pet will not attack unless given specific commands by the Vulpine player, in ‘passive’ mode pets will assist the player by attacking their target, and when in ‘active’ mode pets will attack any enemy that comes within the Vulpine player’s vicinity.

Features:
A Vast Land to Explore – 60,000 square kilometers panoramic three-dimensional map for players to explore
Perfect World Reinvigorated – next-gen graphics bring new life to the beloved setting of Perfect World with realistic light and shadow effects
Unique Races – Play as humans, Winged Elves, or the Untamed
Expansive Classes – experience the classes from the original game, each class brings its own distinct characteristics
Aerial Freedom – take to the skies with the flight system found in the original game
Thrilling Combat – engage in combat in the air, on land or in the oceans
Spiritual Cultivation – immerse yourself in the balance of Yin and Yang

About Perfect World Games
Perfect World Investment & Holding Group is a globalized cultural and entertainment group that has introduced its products to over 100 countries and regions around the world, including North America, Europe, and Asia. The company has established dozens of branches across major cities within mainland China such as Beijing, Hong Kong, Shanghai, Chongqing, Chengdu, and Zhuhai, as well as overseas regions, including the US, the Netherlands, France, South Korea, and Japan. At present, Perfect World Investment & Holding Group is involved in business segments including movies & TV, games, cinema chains, animation, literature, media, and education.