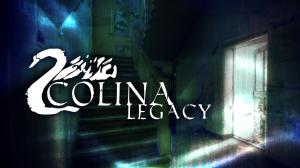 Horror Finds a New Home When Grandma Invites You Over.

IRVINE, CA, UNITED STATES, September 13, 2018 /EINPresswire.com/ — Newly developed independent video game publisher, Chance6, is launching their first published title, COLINA: Legacy. A third-person, survival horror game that will keep players on the edge of their seats, or under their desks in terror. Filled with challenging puzzles and unique monsters, COLINA: Legacy is ready to challenge players now on Windows PC through Steam for only $9.99.

“We brought the team aboard who had been working on COLINA because we saw something special in the game,” states Marketing Director, Steven Na. “Developed by a dedicated team down in Brazil with a love for this genre, we know fans of the horror games are in for a real treat.”

COLINA: Legacy follows Alex, a young man who has mysteriously woken up in his grandmother’s home with no idea where his family has disappeared to. Yet grandmother's house isn't all that it seems and Alex must find a way out if the house and beyond while avoiding the certain death that is coming for him. Players will need to use not only their survival instincts, but also their minds as they are challenged by puzzles in the home and the surrounding areas.

COLINA: Legacy is an indie horror game with puzzle elements. Control Alex as he struggles to grasp what has happened when a visit to his grandmother's house becomes a vacation of terror.

Psychological horror finds a new home when the young Alex wakes to find himself alone and in need of escape. He’ll have to use his wits to get through the terrifying situations set before him, or lose more than just his mind.